The first time you see the intersection of Washington and Atlantic Aves., it’s a shock. Walking through the quiet, leafy streets of brownstone Brooklyn, you suddenly hit an eight-lane highway of roaring traffic. This stretch of Atlantic Avenue looks more like I95 than something you could cross on foot. But there’s plenty of foot traffic. The booming neighborhoods of Prospect Heights and Clinton Hill meet here, and the A/C subway stop is just a block away.

It was so dangerous that, from 2000 to 2010, over 40 pedestrians and cyclists were struck here. That same decade, a car crashed into the Atlantic median and knocked down the stoplight, not once but twice. And pedestrians are stranded on that median every day because the street is so wide and the crosswalk timing so short. Clearly, someone needed to fix this intersection.

It was more of a life-safety problem than a design problem, but we took it on as a pro-bono case. First, since we’re architects, we drafted a plan. In our solution, curb extensions would shorten the crosswalks, and bollards would protect the medians (and any pedestrians stuck at the unlucky stoplight). Next, we started a petition, roped in the block association and the community board, wrote letters and newspaper articles, and enlisted the support of local officials. Finally, we partnered with the DOT to effect a change.

The results have been dramatic. The DOT went above and beyond our proposals. They also eliminated turns, widened the median, increased crosswalk times, installed countdown clocks, planted traffic-calming trees, added bike lanes, and most recently changed the last block of Underhill Ave. into a pedestrian plaza. Now, Atlantic is still a major artery, but crossing at Washington is a piece of cake. 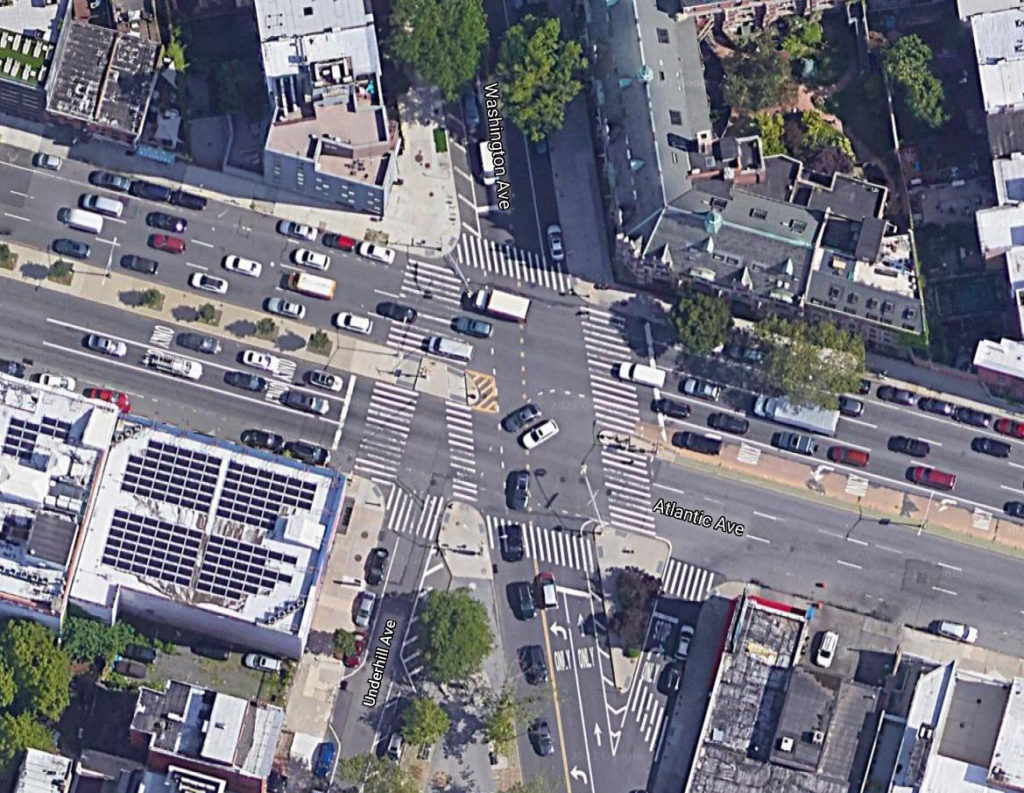 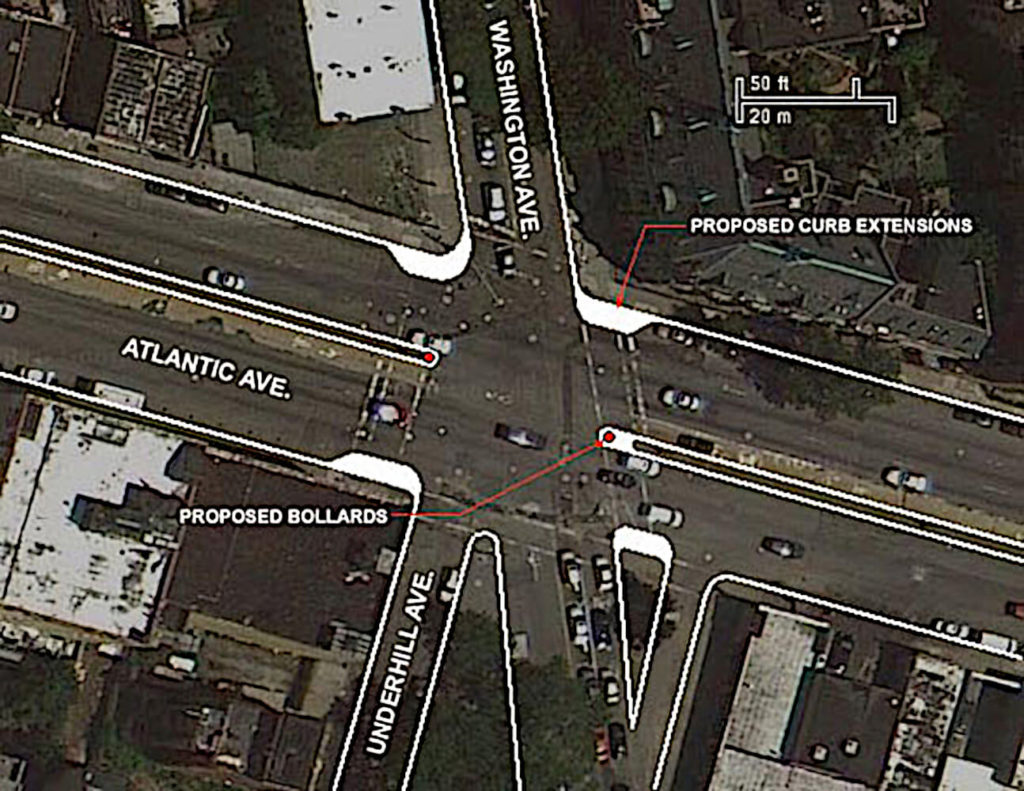 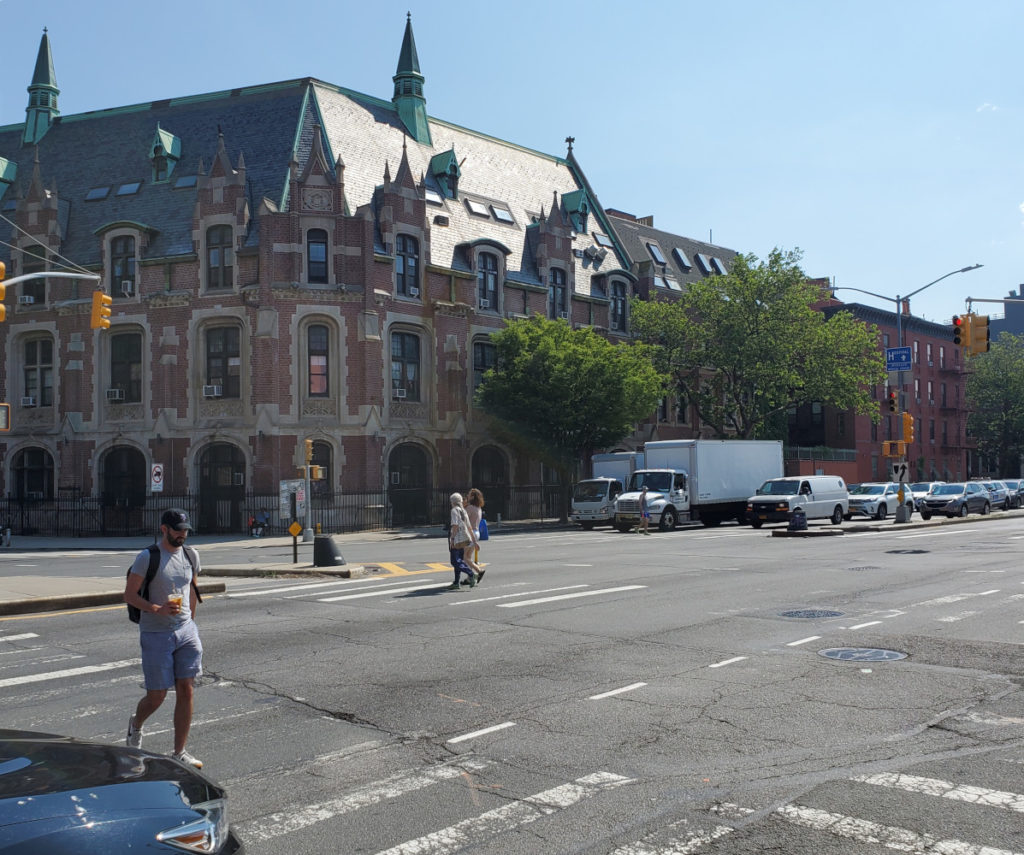 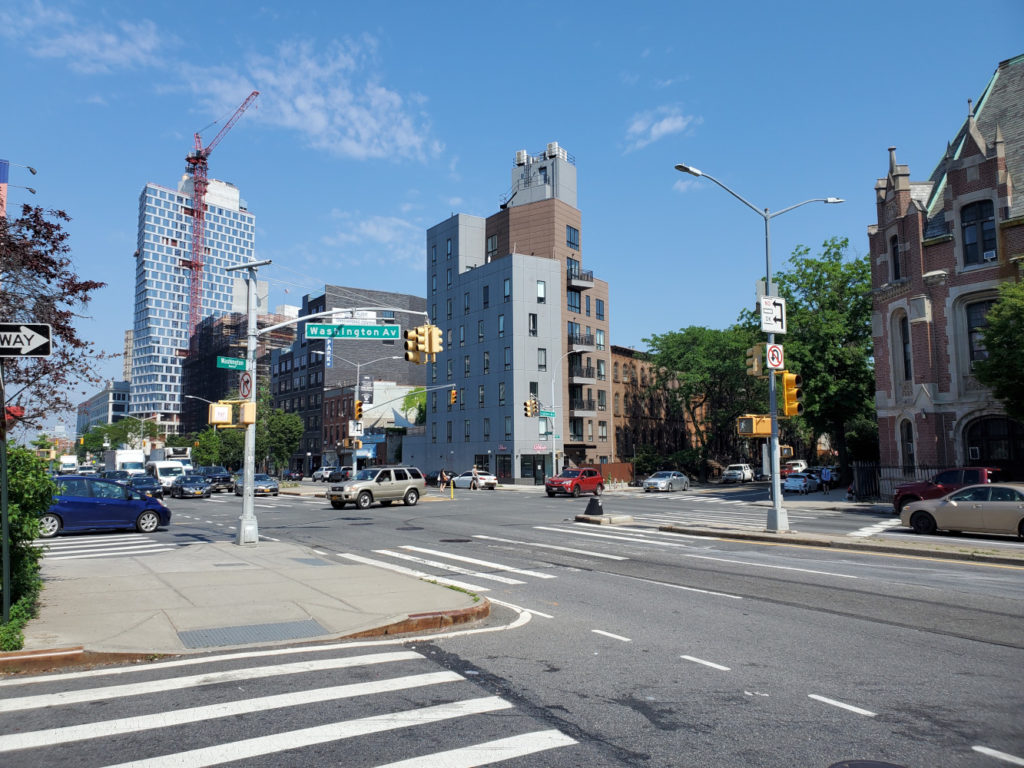 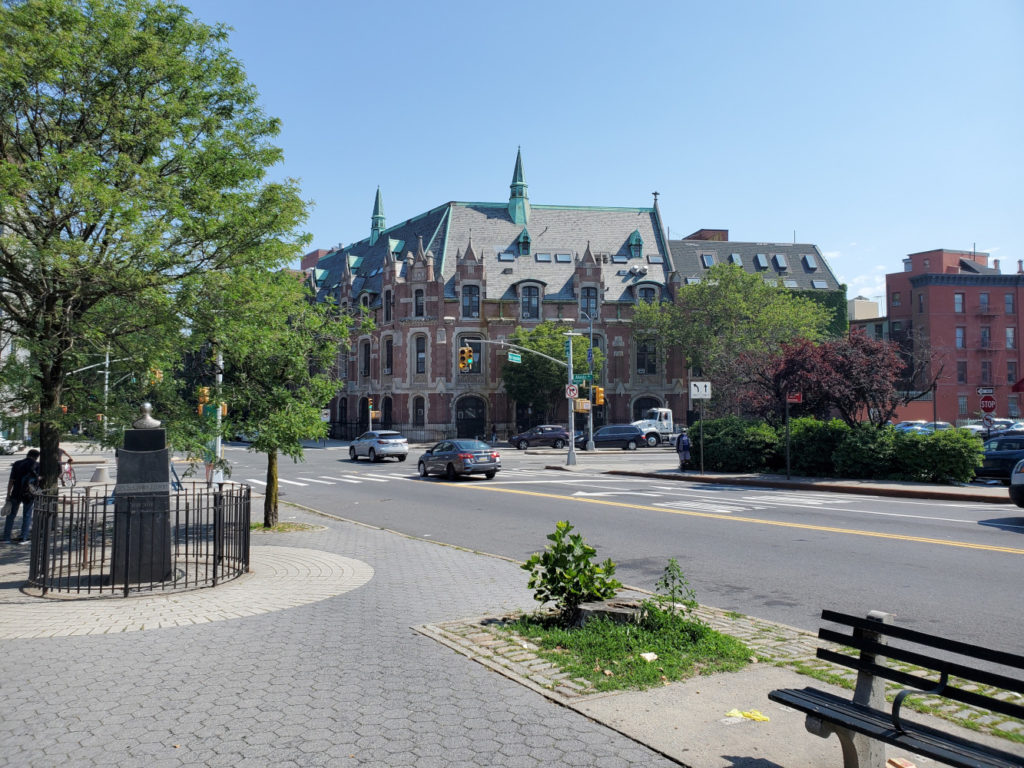 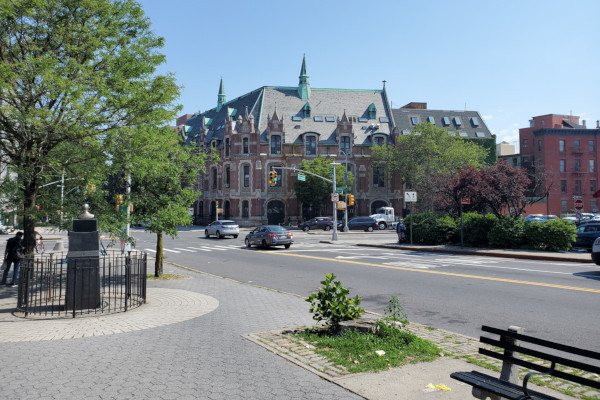 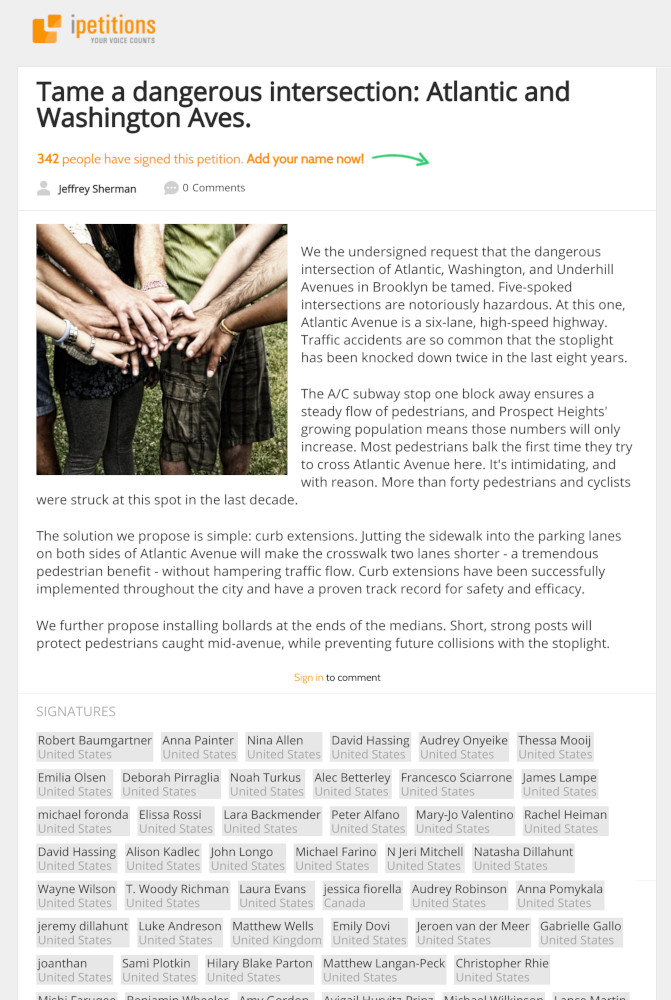