The York Street stop on the F train has only one exit. Though the F line runs extra deep here on its way under the East River, the station has no elevator and no escalator. Instead, there is just one stair at the extreme north end of the subway platform, which winds its way up to just one opening at sidewalk level. Aside from the inevitable congestion this causes at rush hour, the layout is dangerous.

On the platform, huge columns block your view of the egress stair. So it’s frustratingly easy to head the wrong way when exiting a train, stranding yourself at the dead end of the platform. But what feels annoying on an ordinary day becomes life threatening in an emergency. In case of fire or a bomb scare, the station is a corked bottle. What’s urgently needed is a second means of egress, barrier free, at the south end of the platform.

York Street is the only subway station in Dumbo. As of the 2010 census, this Brooklyn neighborhood had 4,000 residents and a working population more than double that. Since then, Dumbo’s population has grown by roughly 20% a year. And most of these people enter and leave the neighborhood through this station’s single narrow passage. With the completion of Brooklyn Bridge Park to Jay Street, the York Street station also now serves as the sole transit stop for a major tourist destination.

We have designed a new entrance at the south end of the platform, fully accessible via ramps to platform level and an elevator to ground level. Indeed, rather than the usual move of tucking the elevator in an out-of-the-way corner, we designed the whole entrance around a central elevator. Light wells illuminate the stair and bring sunlight all the way down to the token booth level.

We sited this second entrance in Manhattan Bridge Small Park, an underused green space at the pedestrian entrance to the bridge. The handsome little park is in Dumbo Heights, the fastest growing section of Dumbo. And it has three wide exits to Jay Street—the southernmost at sidewalk level. At present, the park has a few drawbacks: it lacks foot traffic, which a subway entrance would fix. It has no crosswalk at Jay Street, which we would add at the south exit. And its plaza’s paving is ugly, so we redesigned it.

Our plans also address the existing entrance at York Street. Currently, too few turnstiles and a poorly placed token booth cause a circulation bottleneck. We would eliminate the choke points by doubling the number of turnstiles and relocating the token booth. Both entrances will feature gender-neutral rest rooms, a boon to the city.

The exterior of the existing entrance is so anonymous, visitors often walk right past it. A few small changes could convert the facade into a monumental beacon, with full-height louvers backlit by slowly pulsating LEDs to identify the station and convey the energy behind the subway system that never sleeps.

Lastly, hidden midway between the two entrances under a tangle of drain pipes is an architectural diamond in the rough: the massive columns of the Manhattan Bridge. We would remove the pipes and divert the runoff into lighting rings. These rings will showcase the columns and turn them into glowing fountains when it rains. The lighting will enhance public safety while attracting pedestrians who now hurry through the gloomy passage.

If you agree with this proposal, please cast your vote here: https://www.ipetitions.com/petition/dumbo-subway-extension 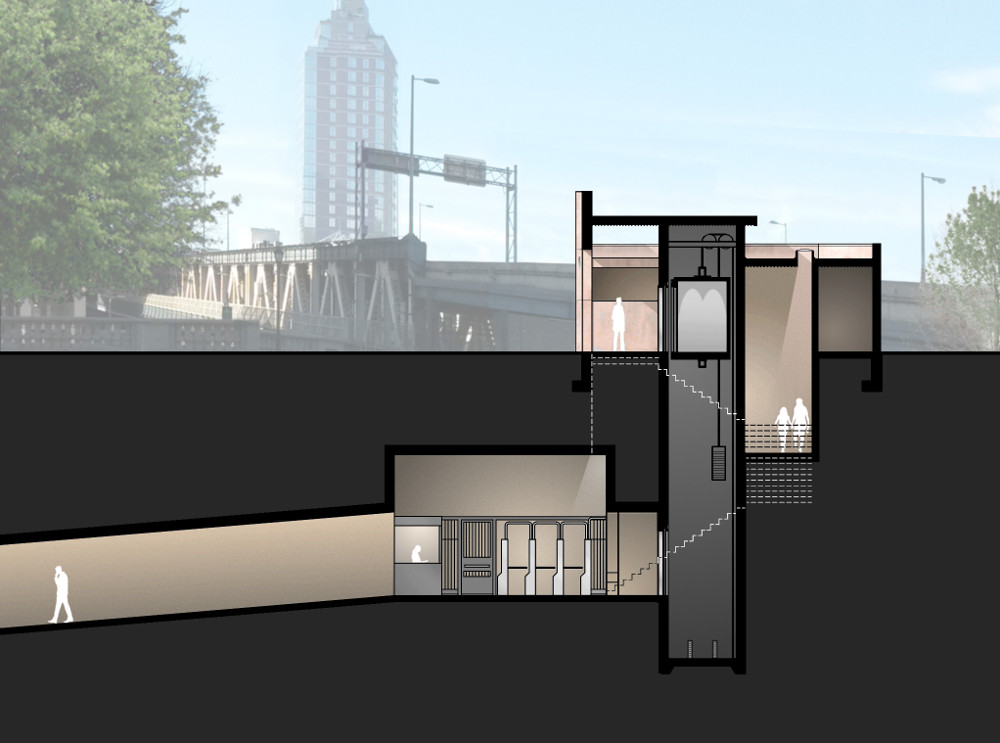 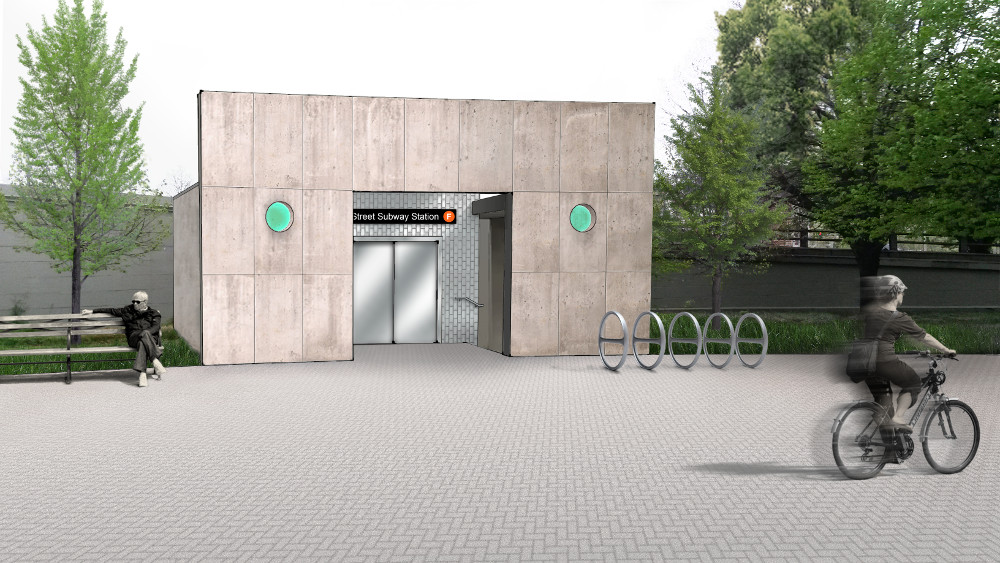 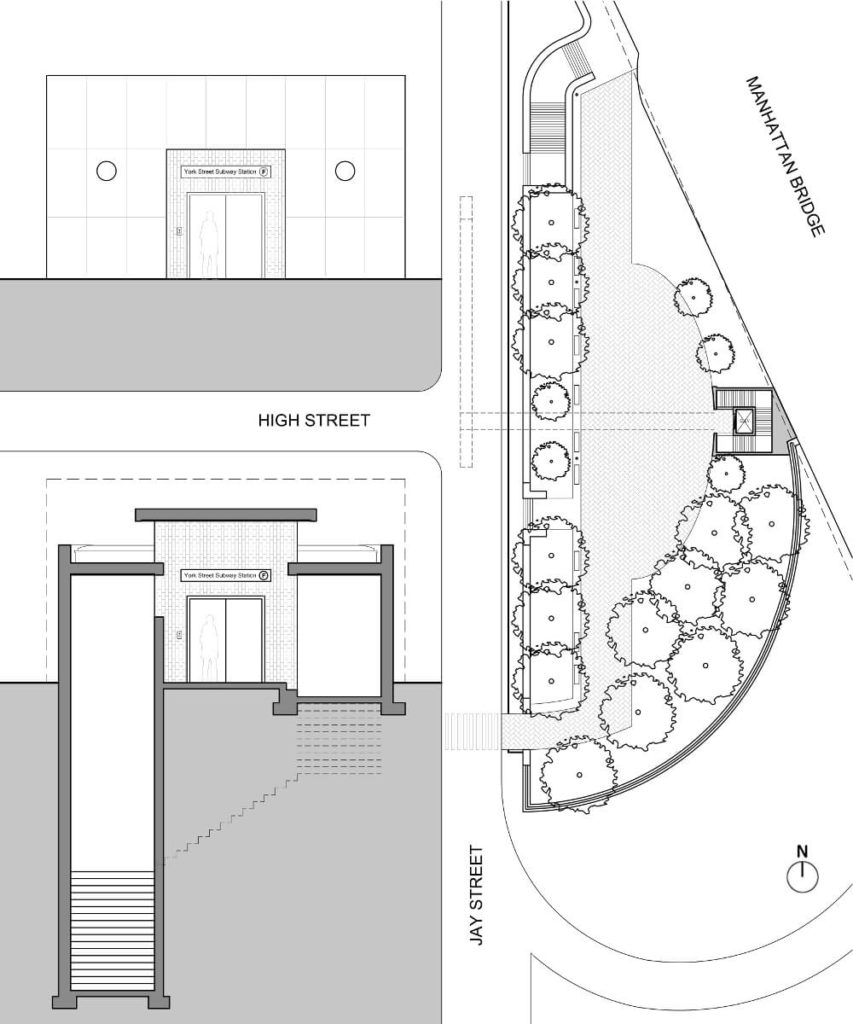 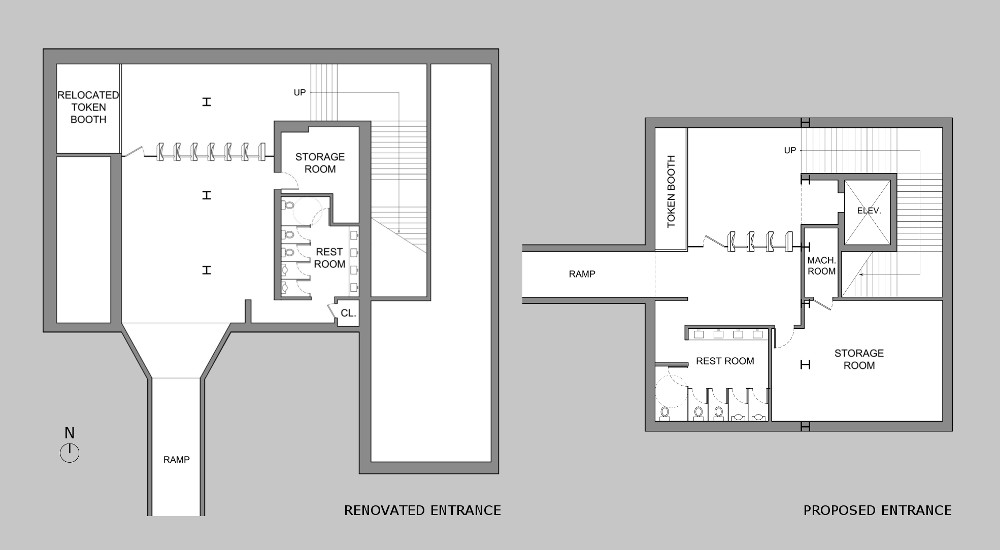 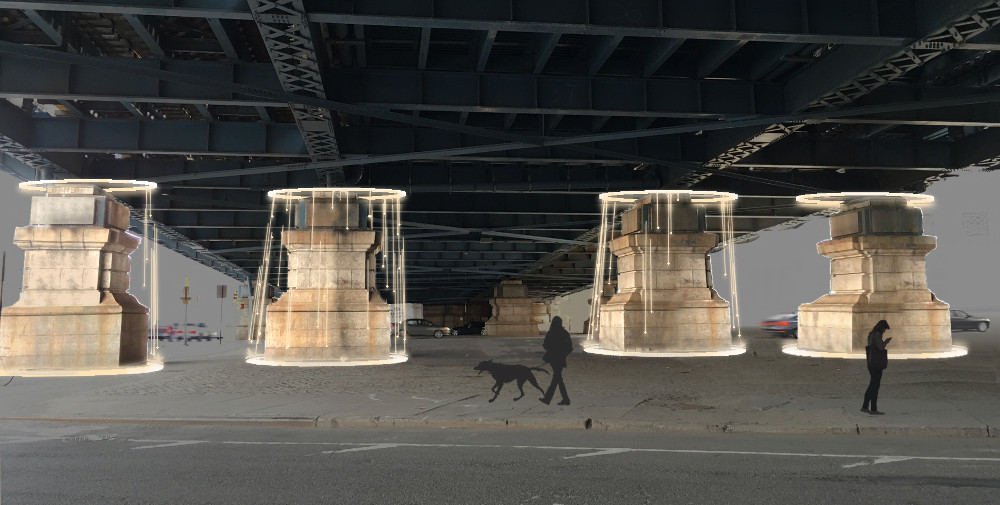